They just don’t make things like they used to 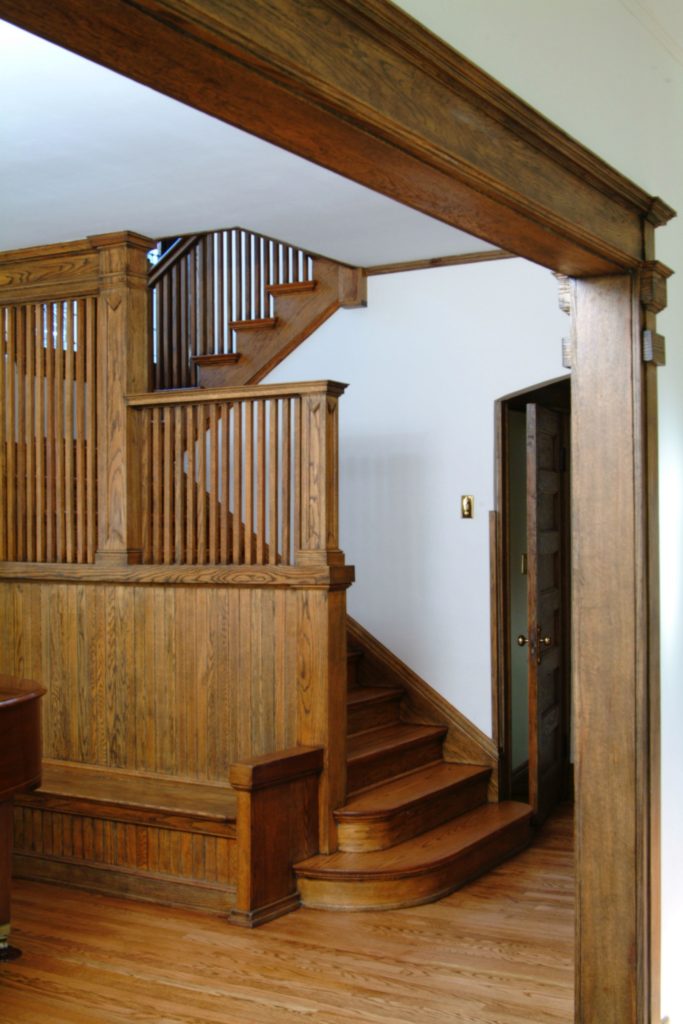 Most vintage materials are of such high quality as to be worthy of being refurbished rather than replaced.  For example, the virgin-growth stock from which old wood windows were milled is a substantial reason why original windows are worthy of restoration.  (Here are more reasons why restoring rather than replacing original windows is a wise decision.)

Another reason to restore original elements is because artifacts which have reached 100 years of age have officially acquired antique-status. They have one-of-a-kind, irreplaceable value. And even if it were possible to replace these elements, the reproduction-cost would often be exorbitant as, for instance, proved to be the case with this doorway restoration project we did in the Logan Square neighborhood of Chicago. Also, learn why it would be foolish to replace this Oak Park stairwell. But it is not just wood that is worthy of restoration…

The picture on the left shows the backside of the cremone bolt  that is also pictured on the right, face side up. As is visible from the backside photo, the bottom leg of the bolt has broken into two parts; only a stub is left stuck in the turning mechanism.  Why would we bother to re-weld these pieces together rather than replace the whole thing?  First, because re-welding it was much cheaper than replacing it with a similar quality new bolt.  More importantly, though, this is just one of six matching cremone bolts on six sets of french doors in this residence (such as this set in a second floor bathroom, which we also restored).  And the design of this cremone bolt is similar to that of other original hardware throughout the house.

Even something as humble as an old screw is worth saving!  Vintage screws were made from more durable metal than new screws.  That means they don’t break off or strip out as easily.  When we refurbish hardware, we reserve and reuse the existing screws.  And when we need to replace screws, we dip into our Magical Red Box of salvaged vintage screws.  We almost always find what we’re looking for in there.  But there’s another reason, besides quality, for using vintage screws. Philips head screws were not invented until the mid-thirties.  That means most vintage houses would have been fitted with straight-slot screws.  It seems like a small detail; that is, until you know what you are looking at.  After a while, it starts to really bug you when you see a philips head screw in a 1920’s door hinge.

Attention to preserving original details may seem to be going overboard.  But there is a cumultative effect to such attentiveness, resulting in a palpable realization of architectural integrity–as, for instance, one can feel when experiencing this carefully preserved kitchen.  The preservation of architectural integrity is another reason to privilege original materials and elements.  Imagine how much nicer this facade would look had someone bothered to do the regular maintenance that could have preserved the original doors on this stately church facade. 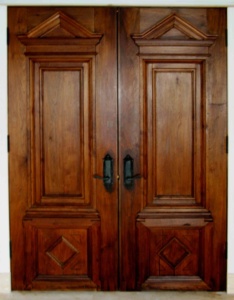 But wait!  There’s more.  There’s a whole different set of reasons to preserve original materials.  Go here to learn about the ennobling effects of aging. 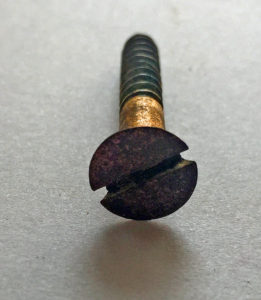 Philips head screws weren’t invented until the mid-thirties and weren’t in widespread use until years later.  Whenever possible, we try to use period-appropriate slot-screws.